What is a geek. Well, I am sure that it's not gonna be good for our reputation, but this is what it means according to Wiki.

http://en.wikipedia.org/wiki/Geek
Posted by Unknown at 9:58 PM No comments:

You put the .dll in the /program files/game/game data folder....

And today, how about video game hacking? Well, only for single player games. He have some Tom Clancy games, and one of our favorites is The Sum of All Fears.

My brother got bored with the weapons, and asked me to check out the file system. After a little searching, we found the files that save the weapon data. So, we made the sniper rifles full automatic, with about 1000 bullets in each clip, firing rate of 10 per second, no recoil, and even added a slight spread with multiple projectiles on one. Our favorite was to take the M305 (I think this is it.) RPG launcher and make it EXTREME! yeah, you only got 3 missiles in the original file.... How about a fully automatic bazooka that fires 25 per second, and each clip had 10,000 missiles? Yeah, we had to turn "superman" on, but it was fun!
Posted by Unknown at 6:49 AM No comments:

Because I don't feel like typing any more HTML today, I'll tell you something I did. I'm working on rewriting my windows splash screen. It will now say "Macrosoft Windoze ZE" instead of "Microsoft Windows XP"

I have been reading up on HTML and XHTML (eXtensable Hyper Text Markup Language.)

HTML is a loose coding system. you can have lots of white space (Aka, blank space) anywhere. You can capitilize certain things that shouldn't. you can forget to properly close your tags. XHTML is made top only accept proper tags. It IS HTML, but doctored so it HAS to be right.

Because I lost my html guide book, I'll jump foward to an easy one.

Creates a link to another website, if you use a universal link AKA http://www.website.com, or another page in this one with a relitive link, aka file.html.

Maps the tags and their respective names to an HTTP response header for processing. The syntax is....

META tags with an HTTP-EQUIV attribute are equivalent to HTTP headers. Typically, they control the action of browsers, and may be used to refine the information provided by the actual headers. Tags using this form should have an equivalent effect when specified as an HTTP header, and in some servers may be translated to actual HTTP headers automatically or by a pre-processing tool.

Note: While HTTP-EQUIV META tag appears to work properly with Netscape Navigator, other browsers may ignore them, and they are ignored by Web proxies, which are becoming more widespread. Use of the equivalent HTTP header, as supported by e.g. Apache server, is more reliable and is recommended wherever possible.

HTTP headers are defined in RFC1945 (HTTP/1.0) and RFC2068 (HTTP/1.1). Note that RFC2068 states that multiple headers with the same name may be present only if the values may be concatenated.

HTTP headers may be generated by CGI scripts, and in Apache and CERN httpd by using a side file containing metadata. Other servers may have other mechanisms to generate headers. Note that certain server-generated headers may not be overridden (such as Date), and that others are only meaningful with a non-200 status code. Using an HTTP header is preferable to using META tags, since the header will be understood by cache agents and proxies in addition to browsers, and metadata (such as PICS data) may be associated with image files, sound files, etc.

However, new HTTP headers should not be created without checking for conflict with existing ones since it is possible to interfere with server and proxy operation.

And today, we are going to go into the name function of the <meta> tag.

Posted by Unknown at 5:55 AM No comments:

This is one of those tags that uses only one part. The proper syntax is...

Posted by Unknown at 5:58 PM No comments:

The <link> tags. These tags can have certain effects on your website. There is another coding format, known as CSS1. (well, maybe css1 is outdated now, but thats a trivial matter.) CSS stands for Cascading Style Sheets. You can use it to save how you want your website to look in one file, link everything else to that file, and when you want to change your whole sites look, instead of re-writing 50 files, you can re-write 1 file and get the job done on all the pages. You can also link to other files that could have effects you could need, like some set variables for JS (Javascript)

Have you ever noticed how the title bar (at the top of your browser) changes depending on what site your at? Well, that is becuase of the <title> tags. The proper syntax (coding) is this.

What you put in as the tile should be differnt for each page.

Posted by Unknown at 8:23 AM No comments: 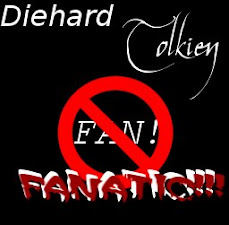